Turning a Dream into Reality
by Theresa Durrence 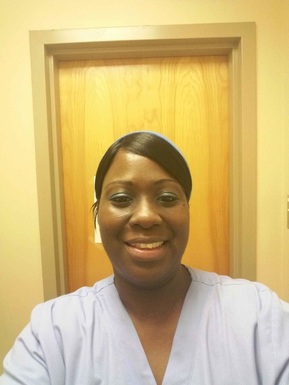 Ms. Hawkins, Coastal Georgia Community Action McIntosh Head Start parent, began her story as an employee at the Kentucky Fried Chicken in Darien, GA.   During a home visit, Ms. Hawkins shared with her Head Start Family Service Worker, Laronna Deloach, that she was only working part time and needed more hours to support her family.   In addition, Ms. Hawkins expressed her desire to return to school to study coursework toward becoming a Certified Nursing Assistant (CNA).  Continued dialogue between the two revealed limited finances was the barrier to Ms. Hawkins returning to school/training.
Through The Agency’s holistic services approach Coastal was able to make her dream a reality through it Education Assistance.
Ms. Hawkins started her CNA classes on December 14, 2015.  Upon the completion of her coursework, she passed the certification exam February 4, 2016.  Mrs. Hawkins phoned Mrs. DeLoach after passing her exam and stated, “that she feels like she will never be broke again, because there will always be work in this career field”.
Mrs. Hawkins is currently employed at Magnolia Manner, Independent Care-Personal Living-Nursing Home and the Brunswick Hospital.  The services provided by Coastal Georgia Community Action turned a Desire into a Reality!